Ryan Villamael is one of the few contemporary Filipino artists who works on paper-cutting, a traditional Philippine art form, which he introduced to the contemporary art scene. His technique and material require rigor and discipline, which he attributes to his mother, a scientist who instilled in him the value of keen attention to details and laborious processes.

Ryan earned his Bachelor of Fine Arts with a major in painting from the University of the Philippines. In 2015, he won the Ateneo Art Awards for his work "Isles", which consists of intricate cutouts of old and contemporary Philippines maps assembled into bell jars. This award allowed him to participate in artist residency programs in France, London, and Australia. His work recently shown in the 2016 Singapore Biennale is a site-specific installation of cut-outs using Philippine maps to initiate discussions on the country’s long and tumultuous history of colonial rule. Titled Locus Amoenus, a Latin term for “pleasant place,” his cut-outs resemble overgrown flora reclaiming a colonial-era structure. 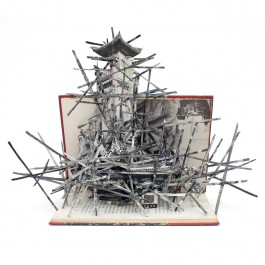