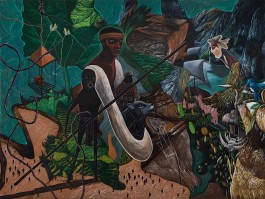 Burlap painting was Rodel Tapaya's signature prior to becoming well-known for weaving folk narratives and mythologies in his works. He explores such theme in drawing, painting, and dioramas, and at the same time experiments on folk aesthetics and material to develop his own distinct visual language. Scenes and characters from Philippine folktales and legends come to life through his detailed execution of patterns and vibrant colors, subjects which remain relevant to this day when framed as allegories of or commentaries on contemporary social issues.

Winning the top prize in the Nokia Art Awards participated by artists in the Asia-Pacific region allowed Rodel Tapaya to take intensive painting and drawing courses at the Parsons School of Design, New York, and at the University of Art and Design in Helsinki, Finland. He eventually completed his study at the College of Fine Arts of the University of the Philippines. In 2011, he was awarded the Signature Art Prize of the Asia-Pacific Breweries Foundation and the Singapore Art Museum for this mural size painting, Baston ni Kabunian, Bilang Pero Di Mabilang (Cane of Kabunian, Numbered But Cannot Be Counted). Other notable distinctions include the 2012 Thirteen Artists Award of the Cultural Center of the Philippines and the Ani ng Dangal Award, a recognition given by the President of the Philippines. 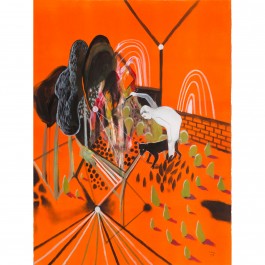 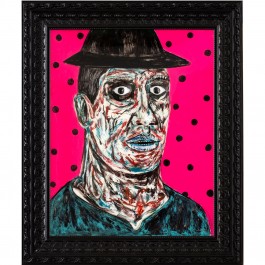 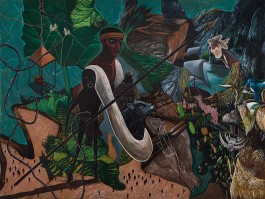