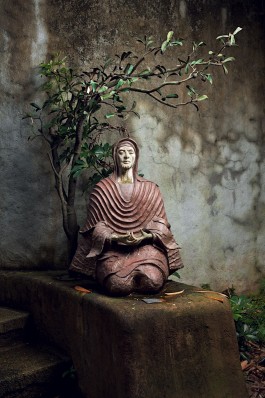 Born in Vigan, Ilocos Sur, to a family of traditional furniture makers and woodcarvers, Riel Hilario did not take to craft-based work until very late in his formative career as an artist. His initial efforts were in cultural work, especially in curatorial practice, following his diverse art studies at the Philippine High School for the Arts and his research-based studies of Art History at the University of the Philippines. He was curator of Boston Art Gallery and Pinto Art Gallery for seven years, and a co-founder of the educational program of Artinformal in 2004. After exhibiting as a painter for several years since his first one-man show in 1996, he turned to work with wood carving and the tradition of rebulto-making that his family in Ilocos was also known for. By re-learning the craft and retooling to be a potent sculptural language in the platform of contemporary art, Hilario pressed for a full time career in sculpture in 2008. He produced wood carved sculptures that were elements to an installation work, often sourcing his dreams for imagery and without the benefit of studies and designs, spontaneously worked on mid to large scale works that were surreal in their construction and iconography.
He is a recipient of the 2012 CCP 13 Artist Award and has residencies in Paris and New York from 2012 to 2013, where he also held solo exhibits. 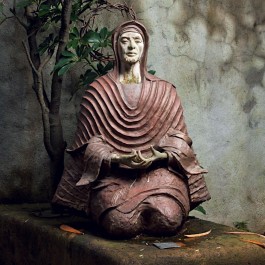 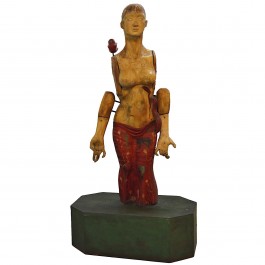 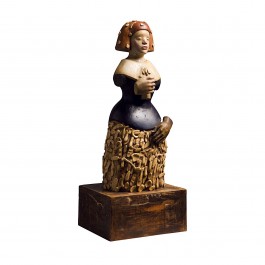 The Reverie of Reason Produces 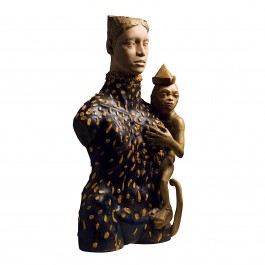 Even Monkeys Fall From the Trees