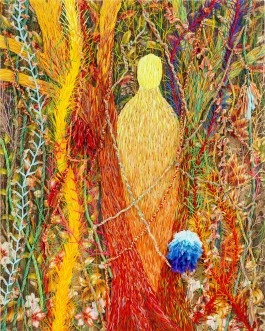 Raffy Napay has turned to the subject of family, weaving ideas of connection and “endless blessings” into the tradition of old-style portraiture, using a medium that he serendipitously found as a painter: thread. After graduating with a Fine Arts degree in Advertising in 2009, Napay went on to mount two solo exhibits using paint, the medium he preferred at the time, and something that he carried with him from his college days. For the next few years, he stayed with a handful of other artists at a studio in Manila, only to move back to his parents’ place in Caloocan, Philippines. Due to the small space and lack of ventilation, he experienced respiratory difficulty with paint and decided to experiment. He turned to his mother — a seamstress who had been working on rags at the time — to help him express himself instead with thread and fabric.
In 2013, he held his third solo show at West Gallery, Manila, displaying his new style, which gained him an Award of Excellence at the Philippine Art Awards in 2012 and which he would come to be known for soon after. Thread replaced paint, his lines sewn by a machine and woven by hand, the physicality of his medium standing in place of pigment and ink. The result is often simple but breathtaking pieces that explore depth and complexity in a different way than just miming light. Napay’s drawings are full of detail, yet simple, and “flat,” armed with a physical depth that resembles a terrain. Throughout the years, Napay has also played with scale, often eliciting wonder from his audience with the physical grandness of his creations. 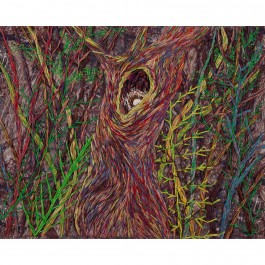 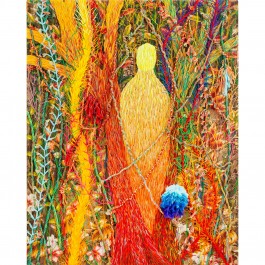 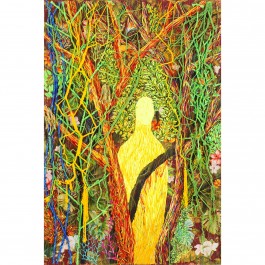 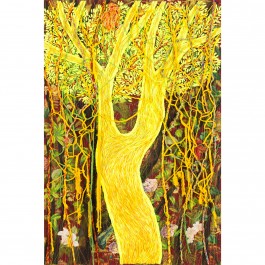 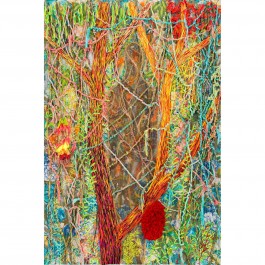 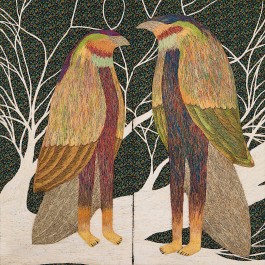 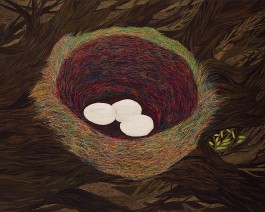