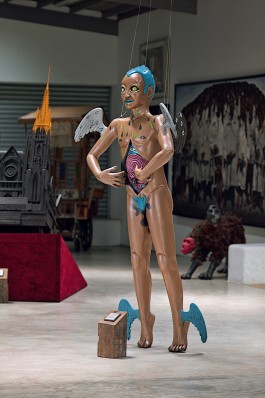 Alien or angel? Or a hybrid of both? This pop-style sculpture in resin and fiberglass of a floating winged creature of dubious divinity is quite characteristic of Leeroy New’s early sculptures. His series of alien-like creatures, like this one, are often installed in unexpected spaces to recharge the place with equally surprising presences. The work is titled after the Greek creature who guides the souls of the dead to their place in Hades, The Pychopomp. Yet by inserting the word “pompous” the ironically cherub-faced and unexpectedly cheery angel becomes a contradiction. The ambiguity is also reinforced by the candy colours of pastel blue and metallic flesh that he wears. The work also borders on flight and stasis as he seemingly levitates with only a few small wings to support his flight. His smile is almost a smirk, with equally suspicious anime-like glaring eyes. There is a mesmerizing playfulness that also disturbs at the same time. Quite fascinating (and dangerous) for one so named after the agent of death. 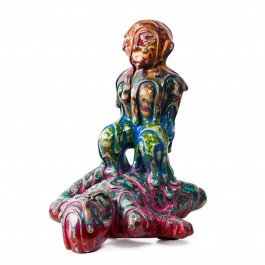 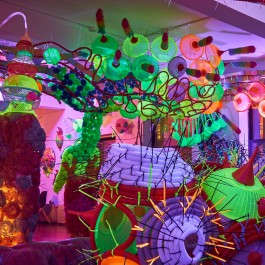 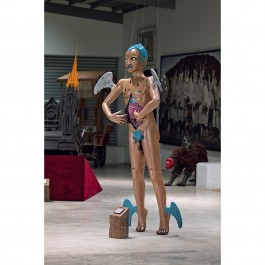 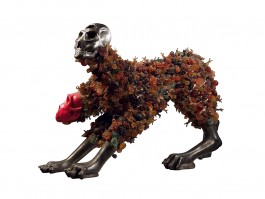