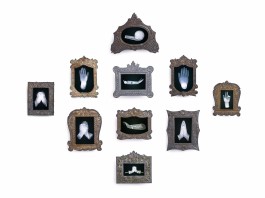 After attending the Philippine High School for the Arts, where she took basic drawing electives, Nona Gaarcia went on to take up Bachelor of Fine Arts major in Painting at the University of the Philippines. Her photorealistic paintings of landscapes, seascapes, portraits, and mundane scenes and objects invite contemplation and exude a sense of stillness and solitude. Some of these were executed in grand scale but still crafted with the intricacy of details, making them more confronting and arresting. She also takes interest in the intervention of technology in image-making, particularly the x-ray, which as a child of doctor parents she would encounter frequently from times spent in the hospital. In her first international solo show, for instance, x-ray images of religious icons were presented in light boxes with old-fashioned frames. In another show, she subjected broken objects into x-ray to reflect on disorder and disarray at the aftermath of a natural calamity. Her haunting light boxes are the latest iteration of her ongoing x-rays of statues of saints. Catholic families frequently place saintly icons in their homes, which offer the devoted paths to spiritual and physical healing. Garcia seeks to reveal the materiality of the statues, while bestowing upon them a sense of otherworldly presence. She channels the traditions of Philippine spirituality, may it be pre- or post-colonial,  into her surroundings and takes an objective look beneath the surface of venerated objects.

Garcia won the Grand Prize in the ASEAN Art Award of the Philip Morris Group of Companies in Singapore in 2000, and was one of the recipients of the Thirteen Artists Award in 2003. Her works have been shown in solo and group exhibitions across Asia and Europe. 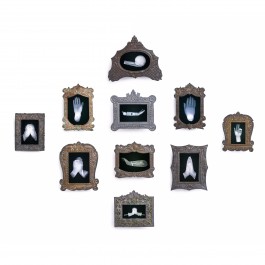 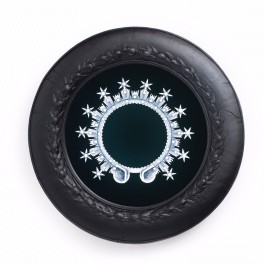 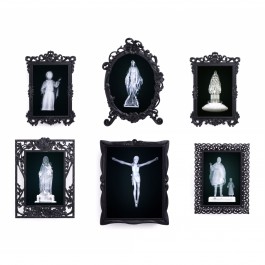 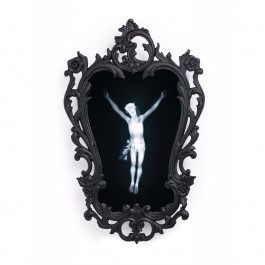 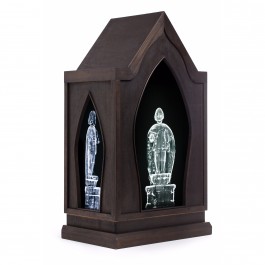 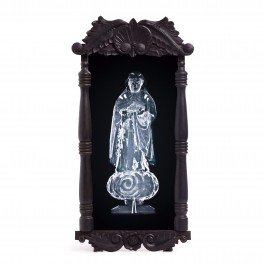