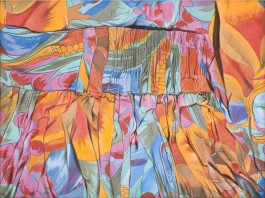 Marina Cruz's works evoke a feeling nostalgia and highlights the value of the family. She is best known for her paintings of baby dresses, executed in photographic realism, these paintings of dresses capture the quality of the fabric, the folds and creases, as well as the patterns and stitches that de ne their form. Though similar to still life, these works also invite comparison to abstract, minimalist paintings in which formal qualities like shapes, colors, and texture sustain the viewer’s engagement with the image.

She graduated from the University of the Philippines with a Bachelor of Fine Arts degree in 2003. She won the Juror’s Choice in the Government Service Insurance System (GSIS) Painting Competition in 2004, followed by the Grand Prize in the Philip Morris Philippine Art Awards in 2007. After winning the Ateneo Art Awards in 2008, she was granted a fellowship at the Visual Art Center, La Trobe University in Australia, and on the same year received the Freeman Foundation Fellowship at the Vermont Studio Center, Vermont. Recent group exhibitions include Every Island from Sea to Sea: Recent Philippine Art, Mind Set Art Center, Taipei (2016), Instant Replay: Arndt Singapore’s Highlights in Southeast Asia, Singapore (2017), and Wasak! Filipino Art Today, Arndt Berlin (2015). 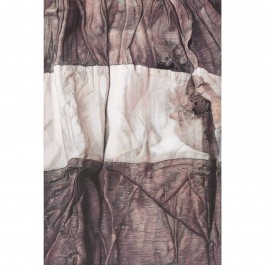 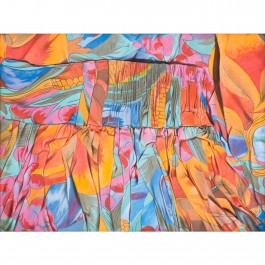 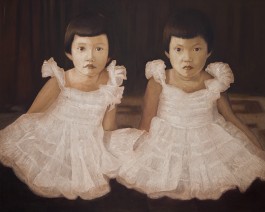 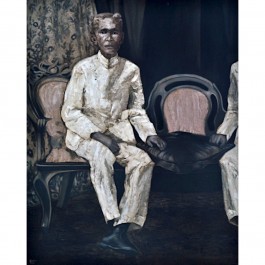 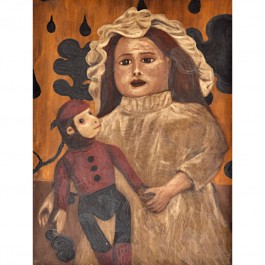