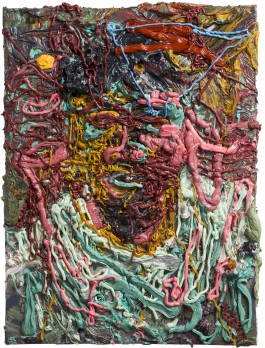 Jigger Cruz works are abstract compositions centering on defiance and defacement. His distinct impasto surfaces and perplexing layers painted over canons and works of old masters offer an aggressive take in challenging the authority of established works and artists. At the same time, his technique opens up a fresh way of approaching painting, which he considers as an installation involving the frame and the canvas. As a color blind artist, his perception and interpretation of color taps into its more textural qualities rather than how they are defined in terms of hue, value or saturation.

Jigger graduated with a degree of Bachelor of Fine Arts major in Advertising from the Far Eastern University in Manila. Despite a promising kick-o in the art scene in the early part of his career, landing as finalist in the Metrobank Art and Design Competition in 2003 and the Philip Morris Philippine Art Awards in 2006, he took a break from painting for two years and re-emerged in 2011. His more recent exhibitions include Smudging Dirty Little Touch, Albertz Benda, New York (2016), Subtraction Paradise, Art Stage Singapore (2015), and Depth Circus, West Gallery, Quezon City (2013). 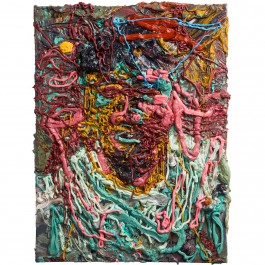 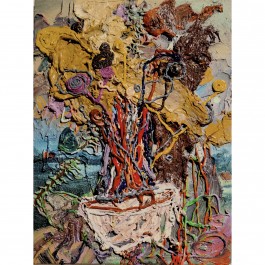 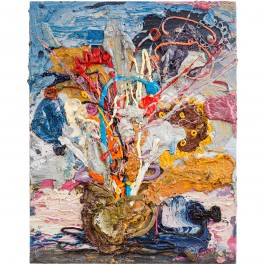 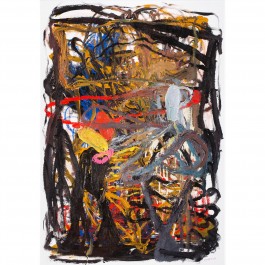 It’s Time To Face The Abyss