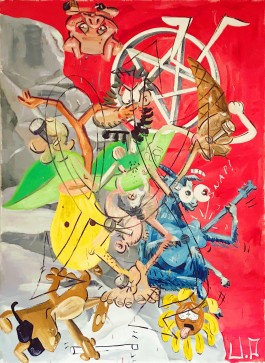 Oliveria applies end game strategies for making paintings and incorporates objects or sculptural elements to betray the uniformity of painting. Like most works that straddle along the discourse of the end of art, the works have an internal logic to them that only the artist could explain – if it can be teased. Rather, there is a sense of gamesmanship and perhaps, dandyism where the artist knows all the contradictions within the work while displaying a keen taste for the obsolescence of style. Oliveria was a CCP Thirteen Artist awardee in 2006 and was among the 1st batch of resident artists of Big Sky Mind Artists Projects Foundation in Cubao from 2003 to 2004. The following year he was sent to Fukuoka, Japan for an artist residency facilitated by curator Mizuki Endo in Tetra Art Space. In 2004, he was among the first recipient of the annual Ateneo Art awards for his exhibit Instinct vs. Learning held at Mag:net QC, and in the following year was nominated for the same award for his solo show Killa Foto at Green Papaya Artists Projects. Consistently being exhibited extensively both locally and abroad, he has been featured in a handful of important survey shows such as in Nadi Gallery in Jakarta, in Tate Turbine Hall in London thru Green Papaya, in Sydney and Tasmania, in HK, in the USA and in Beijing, China.

He Sacrificed His Principles For Magic 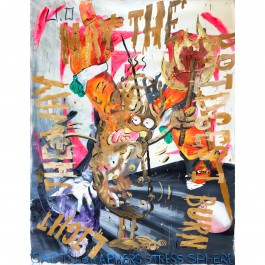 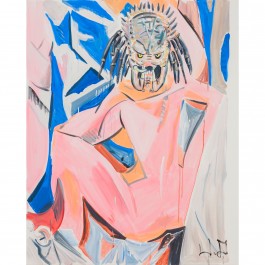 He Sacrificed His Principles For Magic