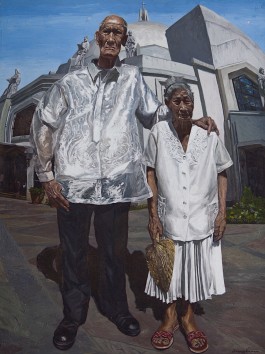 The prevailing ethos in Philippine communities, more so those in the provinces, emphasize what is known as “saving face” or “hiya” in the vernacular. This social practice entails a member of the community to be always aware of so, as to avoid offending one's “proper identity” in the eyes of the others. In this manner, perspectives of oneself in the social eye is paramount. Yet, what if such perspectives are in fact, distorted? The play on distortions of the pictorial field in portrait painting becomes that kind of challenging metaphor in the canvases of award winning painter Jaypee Samson. His portraits of his kinsmen and friends from his childhood community in Antipolo are all done through some form of fish-eye lens distortion, making them stunted, elongated or expansive. This funny house effect is at once humorous and critical, as it makes the viewer – especially his subjects – question what is indeed the “proper” perspective that one is seen through when the lens is imperfect, or in this case deliberately changed. Samson's critique of the portrait also extends beyond his use of unconventional perspectives. His manner of posing his subjects at noontime light, often in the open streets of Antipolo, renders the face of his models to assume a squint, and contradicts the traditional Filipino painter's praise of the “tropical sunlight” to reveal beauty. Samson's favorite subjects are either old folk or children and the contrast of characters that can be gleaned from between them. Using the same harsh sunlight, the painter is able to bring to the fore the discomfort of standing in such a light on the faces of elders and how such glaring illumination seems not to deter children from their boisterous nature.

The artist has been given the CCP 13 Artist Award in 2009 for his portrayals and in acknowledgment of his prodigious success in art competitions in the late 90s to the early 2000s. Samson's work has been featured in shows both in the Philippines and abroad. 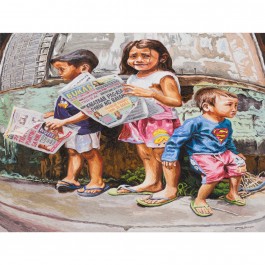 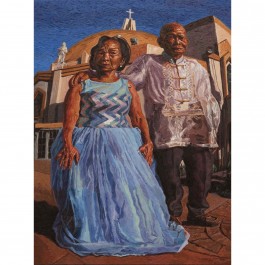 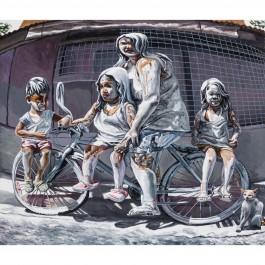 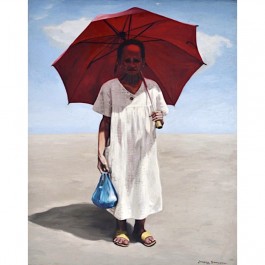 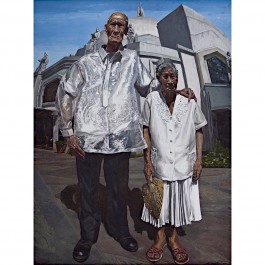 Even When My Hair Will Be White

You Turned Back To Me