The painter Ian Quirante works with an approach that can be understood, in the words of poet Andre Breton, as “pure psychic automatism”. He allows his stream of consciousness to take over his brushwork and he applies paint liberally, but in very lean lines that often take semblance with street graffiti art in the style of Basquiat and Haring. This work shows this very well, as his very fluid definition of forms define heads that intersect in an imaginary landscape of taupe and canvas weave. The figures are very linear, sparsely drawn, in changing hues of green to red. The iconography, while well drawn, has its meanings as fugitive as its lightfast reds: it is as open as its construction and invites the viewer to create values and images to their own device.

In the words of the artist: "The process for creating my paintings is rooted in the surrealist tradition: automatism, spontaneous image making; there are no under drawings studies or sketches. And as for themes, I've always wanted to be a biologist! Since I was a kid, I have been fascinated with life, which I observed under my microscope; from marine life to human and animal anatomy down to the neurotransmitters and DNA. Those anatomical elements pervade my works. Death has also a major influence, as it has impacted my life through the loss of close friends and relatives. So on a personal level I try to show how delicate, beautiful and fragile our bodies and lives are. I often have dreams of being inside my paintings: I can see them move, or even breathe! I walk under them, look at them while they look back at me. It is frightening and intriguing at the same time."

A painter, art educator and musician, Ian holds a degree in International Studies from Ateneo de Cagayan (1996) and in Fine Arts from the University of the Philippines (2005). He landed as finalist in prestigious national art competitions sponsored by the Metrobank Foundation, Shell, and Philip Morris in 2003, 2005, and 2006. He held his first solo exhibition at the Boston Gallery in 2004. This was followed by a series of shows in Manila’s renowned galleries, The Drawing Room and Finale Art File from 2005 to 2007. Currently, he teaches studio art courses at the De La Salle-College of Saint Benilde in Manila, and performs as front man for the electro-industrial rock band called Switch. 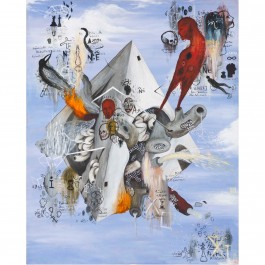 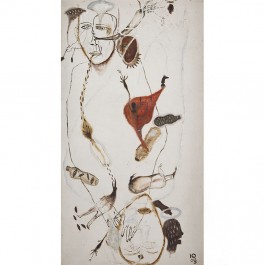