No other Filipino painter in the past three decades have been acutely critical of the workings of ideology and religion in the woof and warp of everyday Philippine life – than Emmanuel Garibay. In the 1990s the artist would render the chaotic streets of Manila in canvases teeming with scenes of crowded jeepneys, ambulant vendors and street preachers even as he presents them in the context or contrast of professed religious beliefs, in the form of wayward icons and statuary that find their presence even in the most private of niches and corners. As an active member of the artist groups Artista ng Bayan (ABAY), Salingpusa and Anting-anting, Garibay brings his unique aesthetic of sardonic humor and socio-politcal commentary to collective projects such as murals or themed group exhibitions. By 2000, Garibay shifted his critical focus on the political influence of religious groups in shaping the ideological and even mythical dimensions of Philippine contemporary society. He wryly addressed how traditional rituals and liturgical rites are manipulated (and even rendered manipulative of) the public imagination so that the prevailing order will not be questioned. By exposing clerics, spiritual leaders as human-all-too-human characters with ambitions to power and influence, the artist strips the veneer of propaganda in false evangelism and challenges the viewer to reexamine his beliefs, especially those handed to him by tradition.

Garibay's work has been largely exhibited in many countries especially in Europe and Asia with shows in the US as well. He received the prestigious 13 Artists Award from the Cultural Center of the Philippines in 2000. 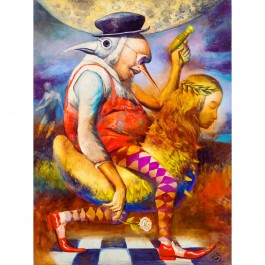 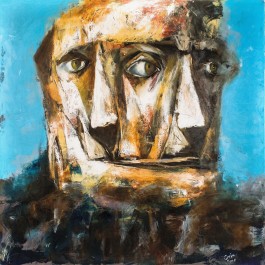 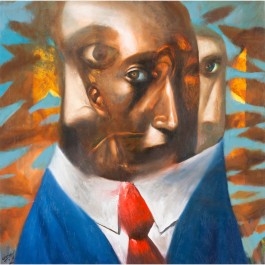 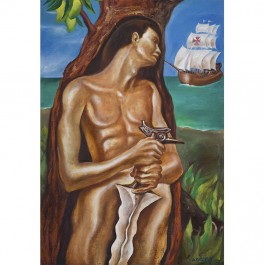 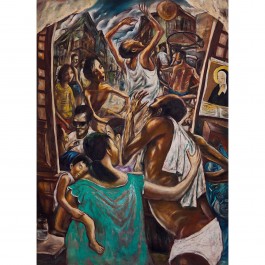