Dex Fernandez's art is informed by everyday experiences and the people he meets and encounters. He sees his art as a means to trigger an audience into thinking about social and political issues around them. Often, he uses elements of fun and humor as satire to open up critical reflections on pressing issues. He is best known as the creator of Garapata, a character resembling a multiple-legged head. The name translates to the Filipino word for tick or flea from which the character is based. He conceptualized the Garapata as an embodiment of the resiliency of the Filipino people.

He studied Fine Arts at the Technological University of the Philippines and first worked as a graphic artist and a muralist abroad before becoming a full time artist upon his return to the Philippines in 2007. Years of experience in the advertising industry is evident in his art known for its pop imagery. A multimedia artist, he works on a variety of media which include drawing, painting, murals, posters, and graffiti. He was one of the recipients of the Thirteen Artists Award of the Cultural Center of the Philippines in 2013. 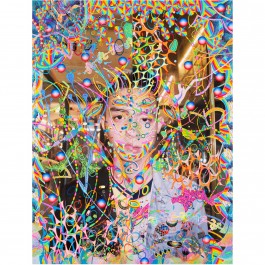 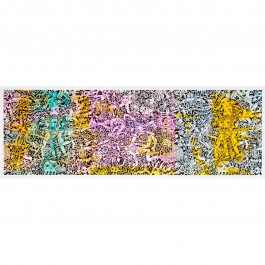